THIS is a careful and systematic study of medicine and methods of healing during the Anglo-Saxon period (from the fifth to the eleventh centuries) in England. Written evidence in Anglo-Saxon and Latin works has been conscientiously surveyed and discussed, and comment from modern medical authorities used to throw light on early remedies and prescriptions. Other types of evidence have been taken into account: in particular, evidence for the health of the Anglo-Saxons taken from archaeological reports on skeletons, and evidence from pagan charms for healing, many of which continued to be used, with some editing, into Christian times.

It is where the last two subjects are concerned that the book inevitably suffers from the long delay in publication mentioned in the preface. Some most important and illuminating work has been done in recent years on Anglo-Saxon skeletons, for example by Don Brothwell and Calvin Wells. Had Dr Bonser been able to avail himself of the material which concerns the Anglo-Saxons in some sections of Science and Archaeology (edited Brothwell and Higgs, 1963) and in Bones, Bodies and Disease, by Calvin Wells, 1964, he would have found a great deal that is relevant to this study. Reports on childhood illnesses among Anglo- Saxons buried in two Norfolk cemeteries, based on the evidence of radiography, evidence from several cemeteries for frequency of broken legs, for periostitis (possibly due to unsuitable footwear) and sinusitis (possibly due to bad housing conditions), and facts now available concerning the expectancy of life in the Anglo-Saxon period, are examples of this. Clearly we are on the verge of extensive new additions to our  knowledge, by using new techniques to interpret skeletal remains, and a new edition of Dr Bonser’s book will soon be desirable! Dr Wells has made abundantly clear also that there are limitations to this kind of evidence, and that we must realize that in many cases medical opinions are so divided as to be of little value; this needs to be borne in mind in considering the opinions quoted in Dr Bonser’s book, which in many cases, I feel, do not help overmuch. It is necessary to remember that early manuscripts dealing with disease ‘often turn out to be monsters of ambiguity, little better than ink-blot tests, which can mean all things to all men’ (Wells, p. 30). 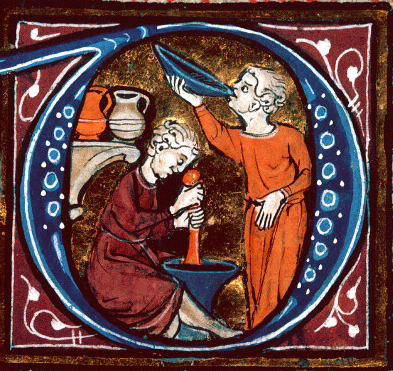 In the case of the section on magic and pagan religion, it is again true that a great deal of very important work has been done in this field in recent years, particularly on the Scandinavian side, of which the author seems to be unaware. Any work dealing with Germanic heathenism should include among the references the major contribution of Jan de Vries, Altgermanische Religiongeschichte, the first edition of which appeared as long ago as 1940, if only because of the wealth of bibliographical material which it contains. Old and misleading translations like those in the Corpus Poeticum Boreale and Origines Islandicae should not be used when far better and more reliable ones are easily available. If the form of witchcraft known as seiðr is to be included in this study, it is surprising to find no reference to Dag Strömbdick’s exhaustive work on the subject, published in Lund in 1935; this last, incidentally, brings in the whole question of shamanistic methods of healing, as used among the Lapps and Finns, which should have been discussed at some point. Dr Bonser has understandably been tempted to cast his net a little too wide in an attempt to indicate the possibilities of his subject, but would have done better to mention them only, and to confine himself to the evidence with which he is truly at home, that is, the written sources of the Anglo-Saxon period.

It is far more satisfactory to turn to this, and to emphasize the positive contribution made in this study. The use of medical terms and terms used for parts of the body are carefully listed and analysed, and many instances of healing practices and ceremonies given which will be of interest to folklorists. Evidence for hospital treatment in the monasteries and for food in common use there appears to be a fresh contribution to this subject. The sections on epidemics and on the use of relics, both previously published in the form of essays, are of considerable interest. The strength of the book is the collection of material from literature, and problems of the date and reliability of the manuscript sources, too often ignored in works of this kind, are tackled with thoroughness and authority. Some pertinent questions are raised: How far did the early  church encourage the study of medicine and how far did it hinder progress? To what extent were the early charms and spells, many of them, as Dr Bonser has shown, copied from foreign sources and advocating the use of substances unobtainable in England, academic exercises merely, and how often were they put to practical use? By raising such questions, and by bringing together of much scattered information, the author has made a useful contribution to the history of medicine in early England.